The notional volume of the portfolio that the EAA assumed for its wind-up work in 2010 totalled around EUR 77.5 billion. This starting package contained complex financial products, loans from multiple jurisdictions and business sectors, corporate and bank loans, as well as government and municipal bonds. In mid-2010, just nine experts were working at the EAA; by the end of that year, this figure had grown to 28. These specialists assumed a broad range of responsibilities with several very special challenges.

Structured securities, particularly those in which high-risk US real estate loans were bundled, triggered the financial crisis. The so-called Phoenix Portfolio of the former WestLB consisted of 10 tranches of such securities, which were considered to be “toxic” when the crisis first began. These complex structures contained around two million individual loans with an original notional volume of about EUR 23 billion.

The EAA’s task was to mitigate these toxic structures and limit the threat of billions in losses. The enormous portfolios had to be analysed and re-evaluated, their management had to be improved so that higher repayments could be achieved, and finally, it was especially important to develop sales options for some of these securities.

However, only a portion of the EAA’s portfolio was high risk; more than half had good or medium ratings. This meant that it was important to identify transactions that offered the potential for future returns in order to continue maintaining them in a competent manner in an at-times tense environment. Faltering exposures had to be closely monitored and the optimal time for an exit needed to be defined, as anyone who can wait for positive market trends will be able to sell for higher prices.

What was needed was expertise in different sectors and regions. The sub-portfolio with loans to industrial companies, for example, was broadly diversified and contained about 300 individual exposures from the shipping, aviation, hotels/special real estate and energy industries. 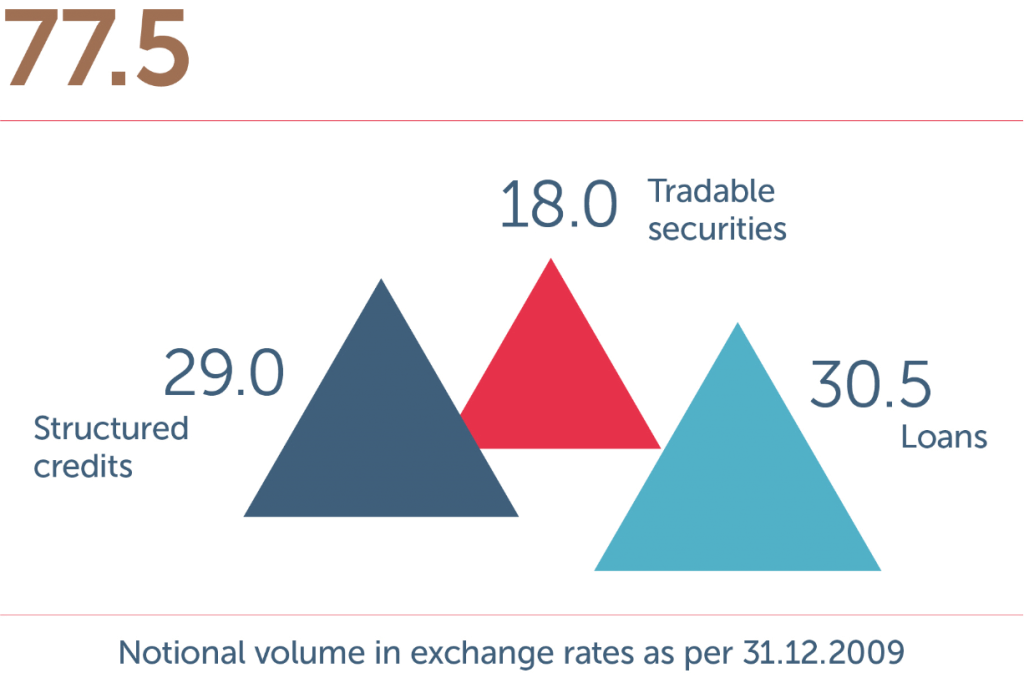