In the public interest

The EAA operates as an asset manager pursuing a clear, public mandate that is enshrined in its charter: it is winding up the risk exposures and non-strategic business units (transferred assets) transferred from the former WestLB AG (now Portigon AG) and its domestic and for-eign subsidiaries in a value-preserving and risk-minimising manner. This serves to stabilise the financial market.

EAA is independent both economically and in terms of its organisation, this means, amongst other things, that it plans its refinancing itself and implements it with its own issues on the capital market. As a result of the liability commitments it has obtained, EAA enjoys very high creditworthiness.

The EAA has disposed of around 90% of the financial products it took over from WestLB in 2009/2010 and 2012. The portfolio has therefore been reduced much faster than planned. This reduction was carried out in a way that preserved value. As a result, the EAA has higher reserves than expected at this time.

More than ten years of operational activity of the EAA

In the wake of the financial crisis, the EAA took over portfolios of Landesbank WestLB, an internationally integrated bank, in two steps, with the aim of winding them up while minimising losses. To date, this has been achieved much better and faster than originally expected. In this way, the EAA has helped stabilise the financial market, and prevented risks associated with the portfolio, which totalled some EUR 200 billion, from materialising. It has never made use of the liability commitments of its public stakeholders so far.

Thanks to the conclusion of larger projects and the targeted outsourcing of individual activities to specialised service providers, we are creating structures to position ourselves as a lean management unit for the focused functions of ‘monitoring, controlling and decision-making’ in the future.”

Christian Doppstadt, Member of the Management Board

Due to changes in the general setting, the Irish subsidiary EAA Covered Bond Bank Plc will be wound up and not sold as initially planned. The repurchase of the CBB bonds used for refinancing was completed at the beginning of the second half of 2020.

“Like any business, we had to adapt to the new situation in the first half of 2020, rapidly switching to working from home, implementing digital work processes and introducing a hygiene concept for our site,” Christian Doppstadt, member of the Managing Board.

Christian Doppstadt, member of the Managing Board

Around 90% of the former WestLB portfolio has been wound up. The risks of the portfolio in the stress scenario have fallen by 69 per cent since 2012. Costs have been reduced by 67 per cent compared to 2012. The EAA develops a bundle of measures to continue winding up the remaining portfolio while at the same time optimising the winding-up result, and is starting to implement them.

Standard & Poor’s raises its long-term rating for North Rhine-Westphalia and the EAA. The rating agency also notes that the state has become less likely to be called on to meet its obligation to offset the EAA’s losses.

The portfolio is nominally smaller and of better quality than expected at this time. In a favourable market environment, the EAA has been able to build up more substantial reserves at the same time. The EAA has options to achieve its original 2027 winding-up targets ahead of schedule.

Change management as a permanent task

Portfolio reduction requires constant adjustments. The EAA consistently aligns its entities to the requirements of the ongoing portfolio reduction: IT and operations services are transferred to a private company, and the portfolio management subsidiary is also privatised.

“The core of our tasks today is to combine a motivated team, stable IT and high regulatory standards with strict cost management” 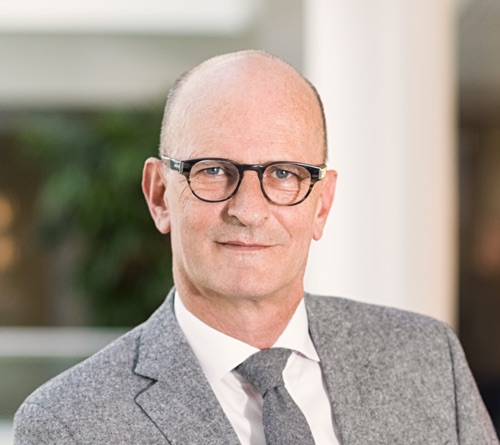 Horst Küpker
Member of the Managing Board of Erste Abwicklungsanstalt

The EAA is able to make crucial progress on the reduction of legal risks. It successfully ends complex legal proceedings concerning municipal derivative contracts – despite negative initial verdicts – by means of settlements. At the same time, it takes over its largest IT and operations service provider and optimises its services for the EAA’s portfolio.

Staying on course – with tenacity and expertise

Well ahead of schedule

By the end of the year, more than three quarters of the banking book and more than two thirds of the trading book have been wound up. The share of very good, good and medium positions in the portfolio increases to 67 per cent.

From bad bank to good bank

Long-term strategies pay off. The EAA completes extensive restructuring and sells material equity investments. It privatises a bank and sells a company specialising in personal home loans. The establishment of a subsidiary for portfolio management ensures operational stability.

The privatisation of WestImmo is a decisive step forward

The EAA adapts its process structures to the changed portfolio and to the increased regulatory requirements. It optimises value chains and expedites the wind-up at the same time. By the end of the year, the value of the portfolio has fallen to below EUR 100 billion.

The EAA takes over a second portfolio which is much bigger than the first, with a volume of EUR 124.4 billion. It includes a trading portfolio with derivative products. The internationally connected WestLB moves completely off market.

The EAA quickly expands its expertise and develops its own measurement and control metrics so as to optimise the winding-up of the broadly diversified international portfolio. The confidence of international investors gained through this secures refinancing.

„For the taxpayer, the establishment of a winding-up agency provides an ‘option to wait’. This can reduce the costs of state aid.“

The EAA begins its work from square one in the absence of any blueprint for the public-sector agency. When it starts its work, barely a dozen staff members are responsible for a EUR 77.5 billion portfolio of loans, including some extremely complex securities.